If you were at the Man-Up Weekend at SpringHill last October, you noticed how inadequate their facilities were for rifle and pistol shooting (ie overcrowding on the trap range).  Some of you FAST guys thought it would be a great idea to build them some better range facilities.  Lets pray and think about this one.

Here is what at SpringHill at this moment: 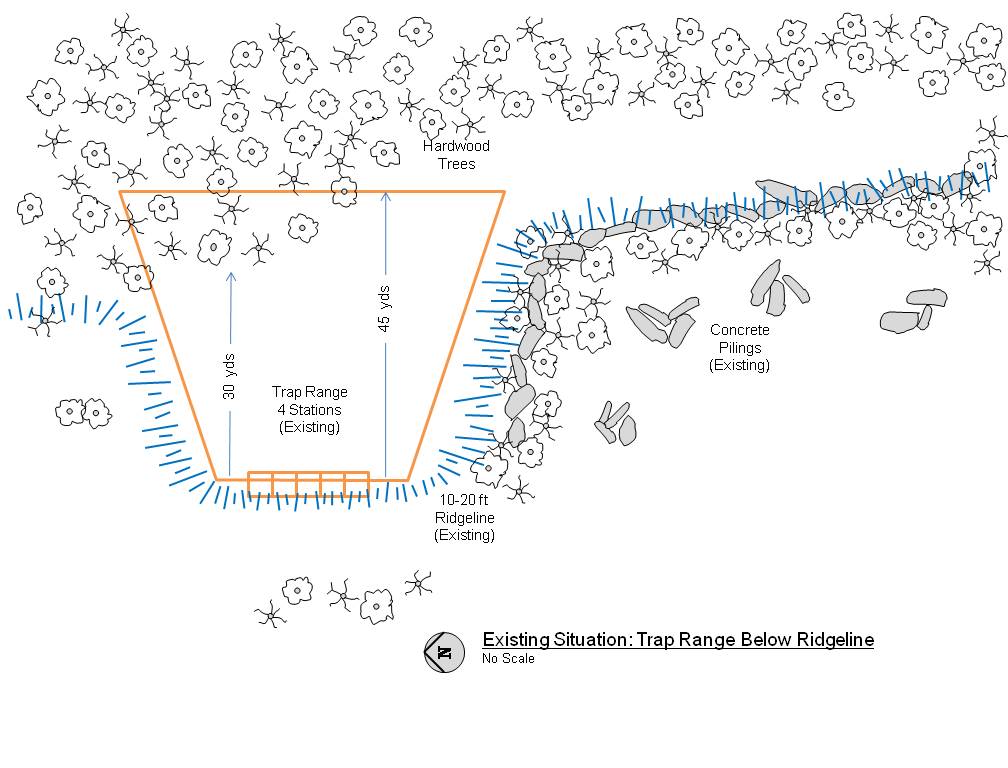 For my first thought, we were going to build a rifle/pistol range (about 125 yds) adjacent to the trap range, on its northern flank.  But upon walking the site last Friday with SpringHill, there is a low lying gulley at the back of the Trap Range that is about 100 yds.  Here is what I am thinking of: 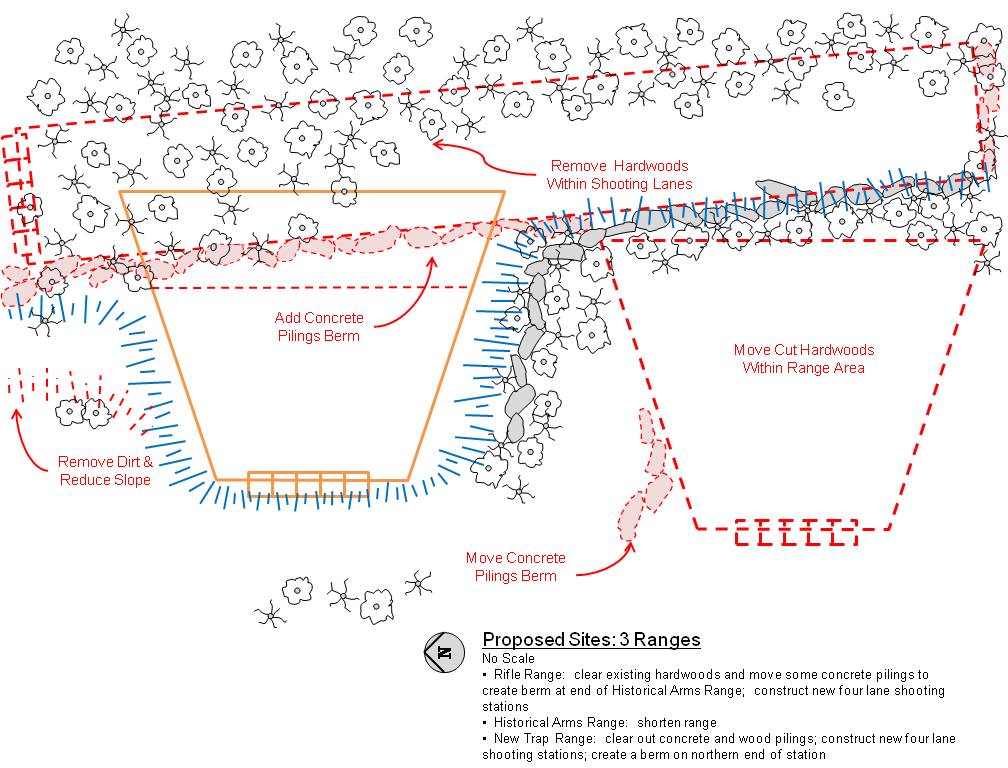 1.  Move the trap range to higher grounds to the south (where excess wood & concrete pilings are currently residing).

3.  Create a 100 - 125 yd rifle/pistol range to the area east of the closed off trap range.  Existing hardwoods (about 10 - 15" dia.) needs to be bulldozed to the side and create a 50' clearance path.  Berm (from Historical Arms Range) and 15' ridge surround the west of the range.  Remaining hardwoods surround the eastern perimeter of the range.  There is a hill at the far southern perimeter of the range that needs to be built up and concrete pilings/dirt to be used to make it higher.

Let me know what you are thinking.  I was planning on a work weekend with 10-12 guys on June 10-12.  We will need at least one good size bulldozer or a couple of nice front loader.  Everyone should bring wheel barrows, chainsaws, atvs, etc.  Another work weekend would be August 19-21, to build two sets of stations for the new trap and rifle stations.  Some similar to the old trap range stations.  Here guys need to bring power tools (ie generators, circular saws, nail gun, etc) to build simple shacks and baffles.

So I am looking for heavy equipment, heavy boots and most importantly - heavy hearts.